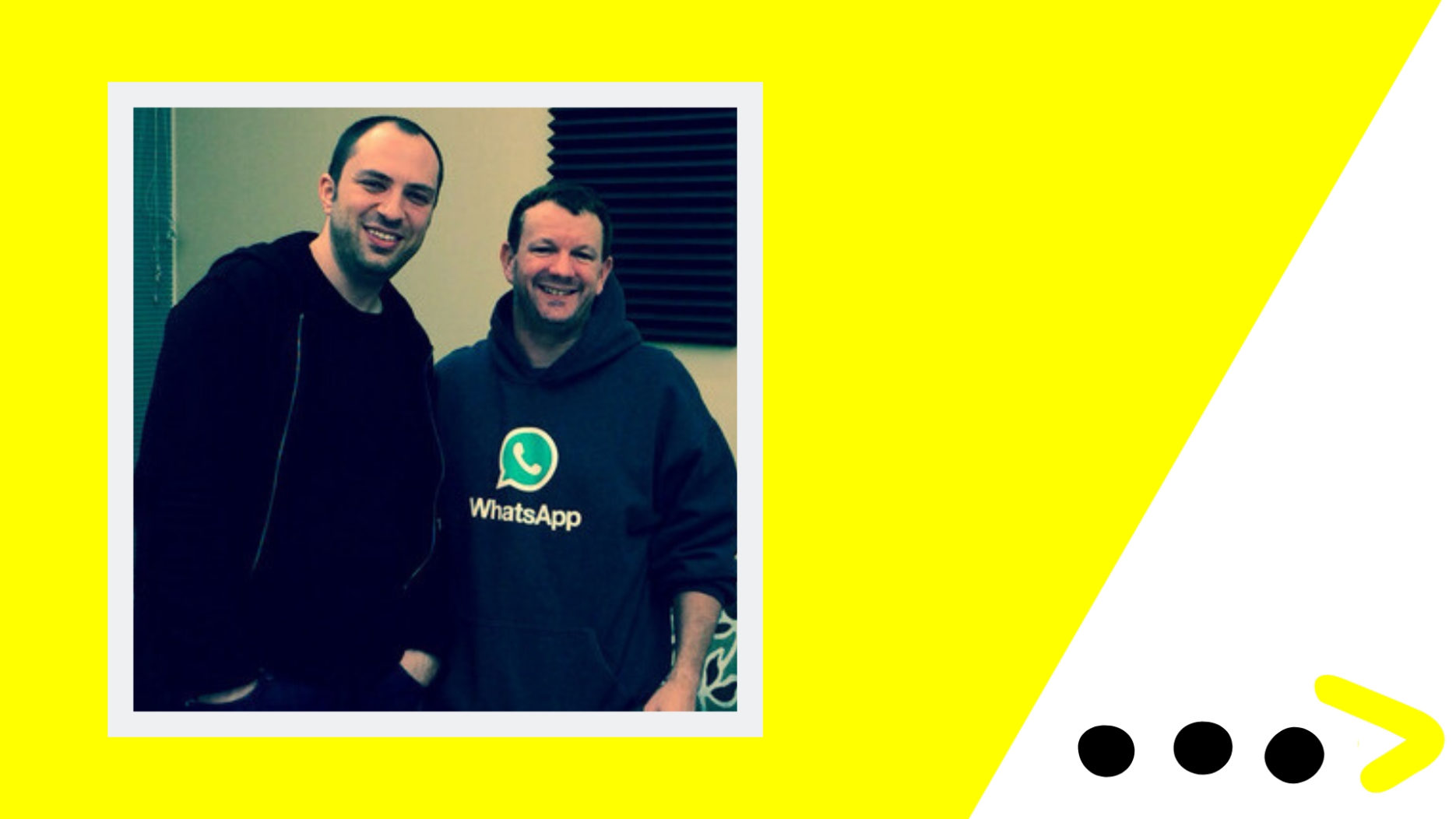 If you are reading this article, you are online, of course! As of January 2020, there are 4.54 billion internet users, and out of those, 1.50 billion people use WhatsApp daily. That also means that one out of every three people who use the internet also uses WhatsApp. With that much popularity, WhatsApp needs no introduction. Does it?

Well, what about the parents of WhatsApp—I mean founders of WhatsApp, who gave birth to WhatsApp in the first place— and their story? Ever wondered about that? Probably No!

Therefore, this post is not about WhatsApp. You probably know about the app more than you need to. This post is about Jan Koum and Brian Acton, the duo behind WhatsApp, and their inspiring story of creating WhatsApp, now the world’s most popular messaging app that hit the chart of top 20 apps within a period of just two years of its launch, a valuation of US$ 1.5 billion within four years of the launch, and finally acquired by Facebook for US$ 19 billion in 2014!

The purpose of this post is not to cover the nitty-gritty of the life of either of the WhatsApp co-founders but to take away a very important lesson from their lives: A lesson about success and failures in life and a lesson that everything happens for some good reason.

Brian Acton, born in the United States, holds a degree in computer science from Stanford University and worked as a product tester at Apple and Adobe Systems before joining Yahoo! as its 44th employee in 1996.

Jan Koum was born into a low-income family in Ukraine and later migrated to the United States. Jan Koum used to work as a cleaner and became interesting in programming by the age of 18. Thanks to his programming skills, Jan Koum was hired as an infrastructure engineer by Yahoo! in 1997 and met Brian Acton there.

After working at Yahoo! for over nine years, Brian Acton and Jan Koum both quit their lucrative jobs in 2007 for taking a year off, travel, and relax.

In early 2009, Brian applied for a job at Twitter. However, (fortunately) Brian could not secure a job at Twitter. Brian used his Twitter account to broke the then sad news to the world and wrote, “Got denied by Twitter HQ. That’s ok. Would have been a long commute.”

Got denied by Twitter HQ. That’s ok. Would have been a long commute.

Later, in the same year, the duo applied to get jobs at Facebook, but (fortunately), both Brian and Koum did not get the job at Facebook either. Having failed to secure a job again, Brian wrote, “Facebook turned me down. It was a great opportunity to connect with some fantastic people. Looking forward to life’s next adventure.”

Facebook turned me down. It was a great opportunity to connect with some fantastic people. Looking forward to life’s next adventure.

Little did Brian know that his life’s next adventure would become the most popular messaging app in the world!

Having faced job rejections multiple times myself, I know that nobody feels fortunate for being rejected for a role, and the first feelings that follow a job rejection are that of disappointment, self-doubt, and uncertainty. I think that’s a challenging situation most of us face at some points in our lives. However, little we know at that time that there is something more awesome waiting ahead for us. In the case of Brian and Koum too, when they could not get a job at Facebook, little did they know that it would lead them to invent WhatsApp!

Making way through the passing time in the hope of new adventure, Koum purchased an iPhone in 2009 and got realized that Apple’s App Store was going to create a whole new revolution in the world of mobile applications. Using his brand-new iPhone for quite a while, Koum came up with the idea to develop a messaging app for the iPhone.

To name his idea, Koum chose the name WhatsApp because it sounded like “what’s up” and incorporated WhatsApp Inc. in California on February 24, 2009, which also happens to be his birthday!

Both, WhatsApp and its co-founder Jan Koum, share the same birthday, i.e., February 24.

After its launch, WhatsApp took very little time to take off and became one of the most popular messaging applications. Being in the business of social media, Facebook—the same company that rejected the job applications of Jan Koum and Brian Acton in 2009— was bound to pay attention to the rising popularity of WhatsApp and found out about its founders for an opportunity to collaborate. Ironically, Mark Zuckerberg, Founder & CEO of Facebook, personally contacted Koum in 2012 and held a meeting in a coffee shop. Then started the ritual of dinners and brisk walks in the hills of Silicon Valley. For persuasion, partnership, and business growth, you know!

Determined to persuade the WhatsApp co-founders and convince them to sell their more than a billion-dollar worth app to Facebook, Mark Zuckerberg invited Koum to have dinner at his home on February 9, 2014, and formally proposed Koum a deal for the acquisition of WhatsApp by Facebook and WhatsApp co-founders joining the Facebook Board.

Ten days later, after the business dinner, Facebook announced that it was acquiring WhatsApp for US$ 19 billion, the biggest deal in the history of a company that was powered by Venture Capital.

Well, the point here is not about the numbers or the biggest deal in the technology history; it’s about a story of work, creativity, and perseverance to convert failures and rejections into a huge success. The story of WhatsApp co-founders is the real-world global example of how things change when one stays positive in the face of failures and uncertainty.

Had Koum and Brian got that job at Facebook in 2009, probably the world would never get to see WhatsApp or anything like WhatsApp, and the duo would spend their life working in a Facebook cubicle or one of their open and modern offices. Thanks to their failure to get a job at Facebook, we all now enjoy WhatsApp, and they cherish their creation and the success that came along!

Failures are nothing but signposts on our journey to success.

I always say that failures are nothing but signposts on our journey to success. So never get angry about your failures again. Your failures will take you your way to something bigger, something awesome, something that you could never imagine! All you need to do is embrace your failures, learn from your bitter experiences, and Keep Doing Good Stuff. Assured, everything else that you deserve will follow. 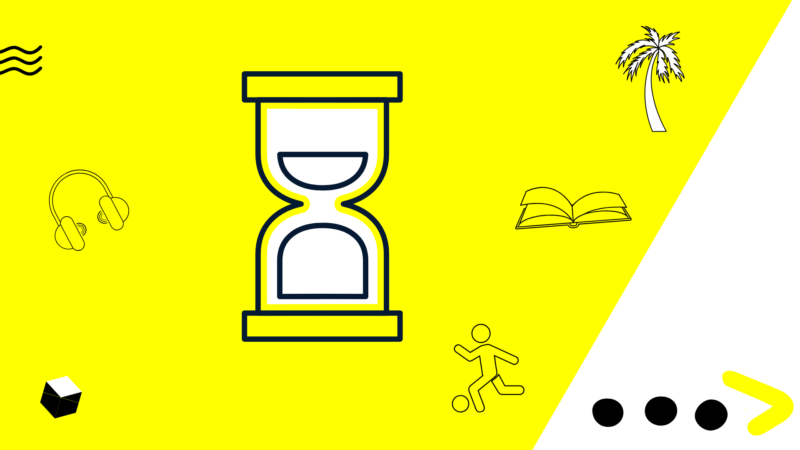 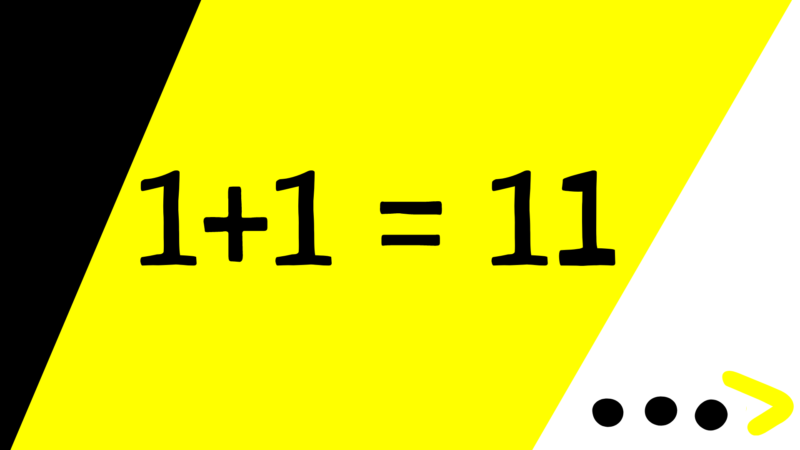 The Equation of Life